In this following guide, we will give you some overview of Tomyris’s skills, talent tree, and strategy in Rise of Kingdoms. Hopefully, this guide will help new players how to use Tomyris and how to maximize her strength in the game.

Tomyris is a legendary Commander that was released on the September 2019 update. She is a very special Commander because she is the only one Commander in this game that uses poison.

She is only available when the kingdom reaches 120 days old. To summon Tomyris, you will need 10 of her sculptures, which can obtain throughout events, the VIP shop, and golden chests.

When attacking an enemy’s city with Tomyris, her troops will gain 30% more damage, and the counter-attack will be reduced by 10%. This allows her to deal a huge amount of damage to the enemy.

For the Sun is a strong passive ability that strenthen the attack of the archer by 30%. These archers also have a 10% chance to decrease the target’s defense by 30% for 3 seconds, which it makes easier for them to kill the enemy.

You definitely have to max out this passive if you want to maximize Tomyris’ active skill damage. At max level, her troop will have a 100% chance to poison the target with regular attacks.

An excellent skill that gives Tomyris’ troop attack and counter-attack damage by 10%. It also reduces the attack of the enemy’s cavalry by 10%, which is very good since cavalry is the counter of the archer.

It will be a waste if you let Tomyris serve as a garrison Commander or fight against barbarians because her skill set is specially made for PvP. So, we will give you PvP Talent build that will definitely help her a lot in the battle. Since it is the PvP build, you will need to max the Archer branch first for the damage as well as defense of the archer. Then you move to Attack branch, take good nodes like Armored Joint (reduce the damage taken), Fight to the Death (To further increase the damage), and Effortless (very efficient in the long fight). 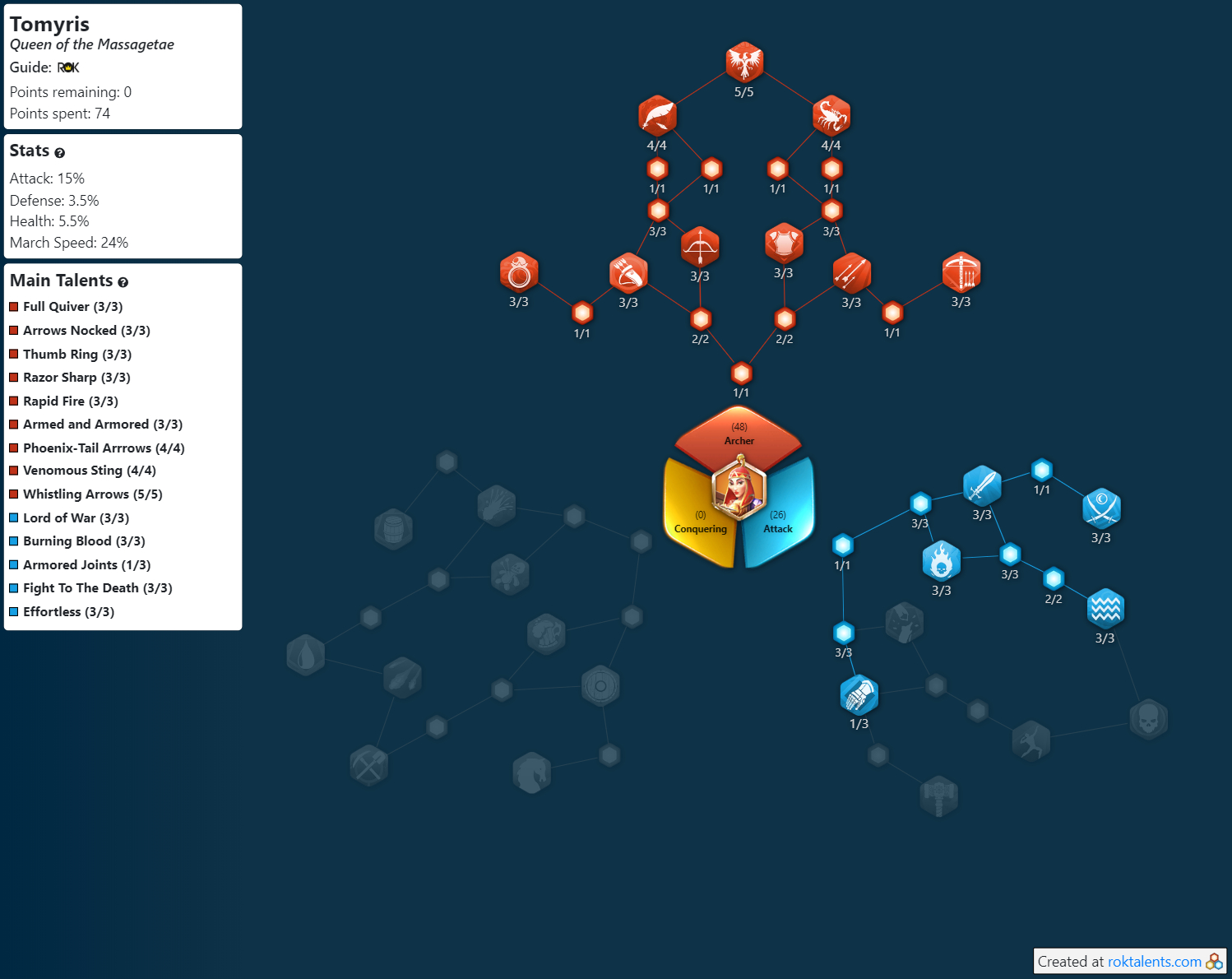