In this following guide, we will give you some overview of Saladin’s skills, talent tree, and strategy in Rise of Kingdoms. Hopefully, this guide will help new players how to use Saladin and how to maximize his strength in the game.

Saladin is a powerful debuffer and city conqueror who comes from Arabia’s nation. Since he specializes in the cavalry, he can boost his cavalry units’ offensive and defensive stats, which make them deadlier in the battle.

Saladin is only available after the kingdom reaches 120 days old. To summon him, you will need 10 of his sculptures, which can obtain throughout events, the VIP shop, golden chests.

At max level, Hold Fast deals 1,400 damage to the enemy, as well as to cripple their march speed by 30% and the healing effect by 40%. A high amount of damage and the effect that comes with it will make the enemy suffer a lot of disadvantages on the battlefield.

Ghulams is a solid passive skill that gives his cavalry troops lots of important stats in the battle.

This passive skill will let Saladin mitigate a massive amount of damage from the enemy’s active skill and counterattack, which allows him to survive longer in the battle.

Generosity gives a high number of bonus damage to Saladin and his troops. In exchange, they can’t plunder resources from the enemy’s city, it is a little bit of disappointment, but the extra damage is definitely worth it.

Praise the Creator enhances the active skill. It increases the damage output from 1,400 to 1,700, as well as improves the march speed and healing effect reduction by 50%. These certainly a significant enhancement for Saladin. 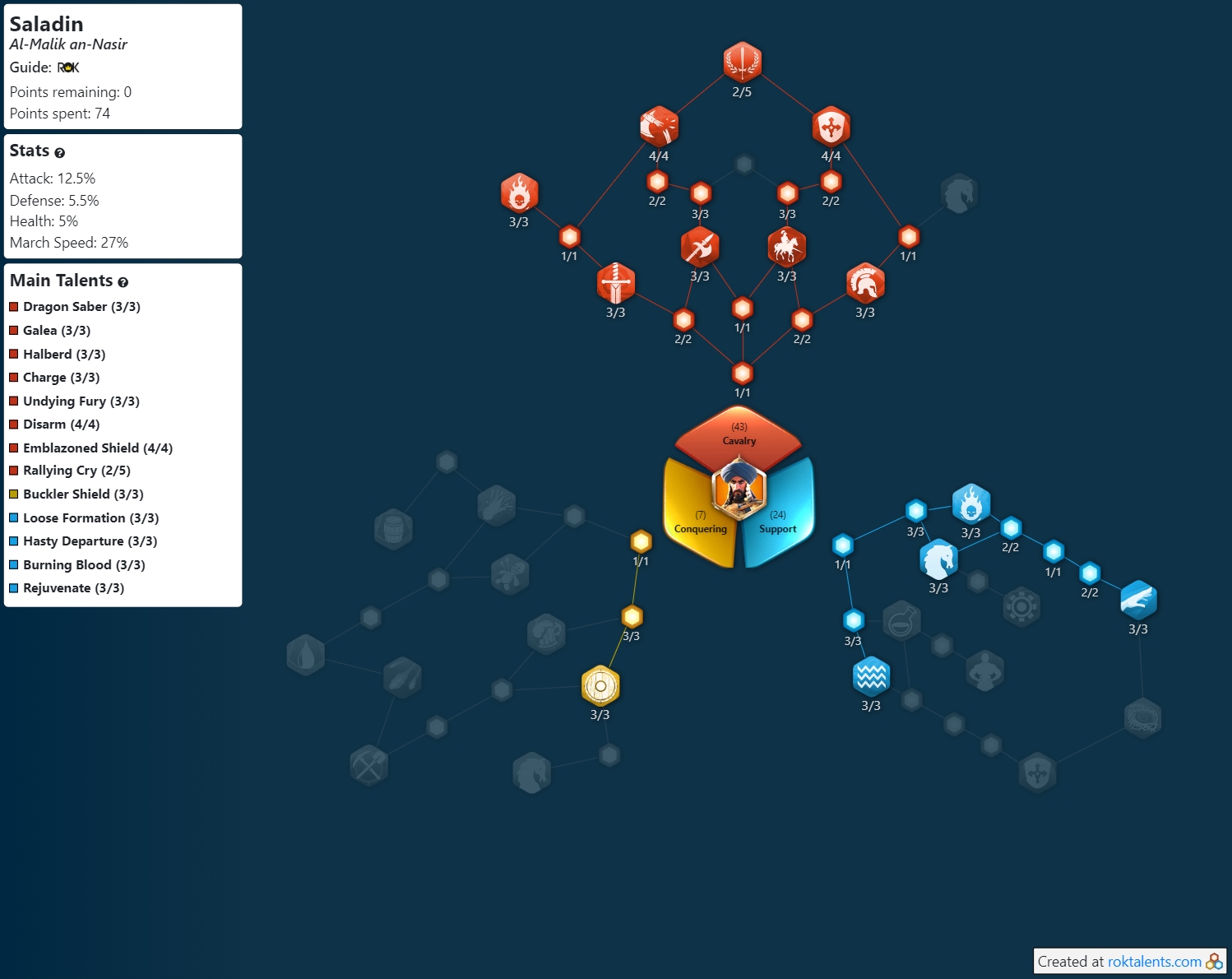 This build can use for PvP and city conquering. It focuses on increasing cavalry’s attack, defense, march speed, and health. It also improves the rage regeneration of Saladin, which lets him use active skill more frequently in the fight. 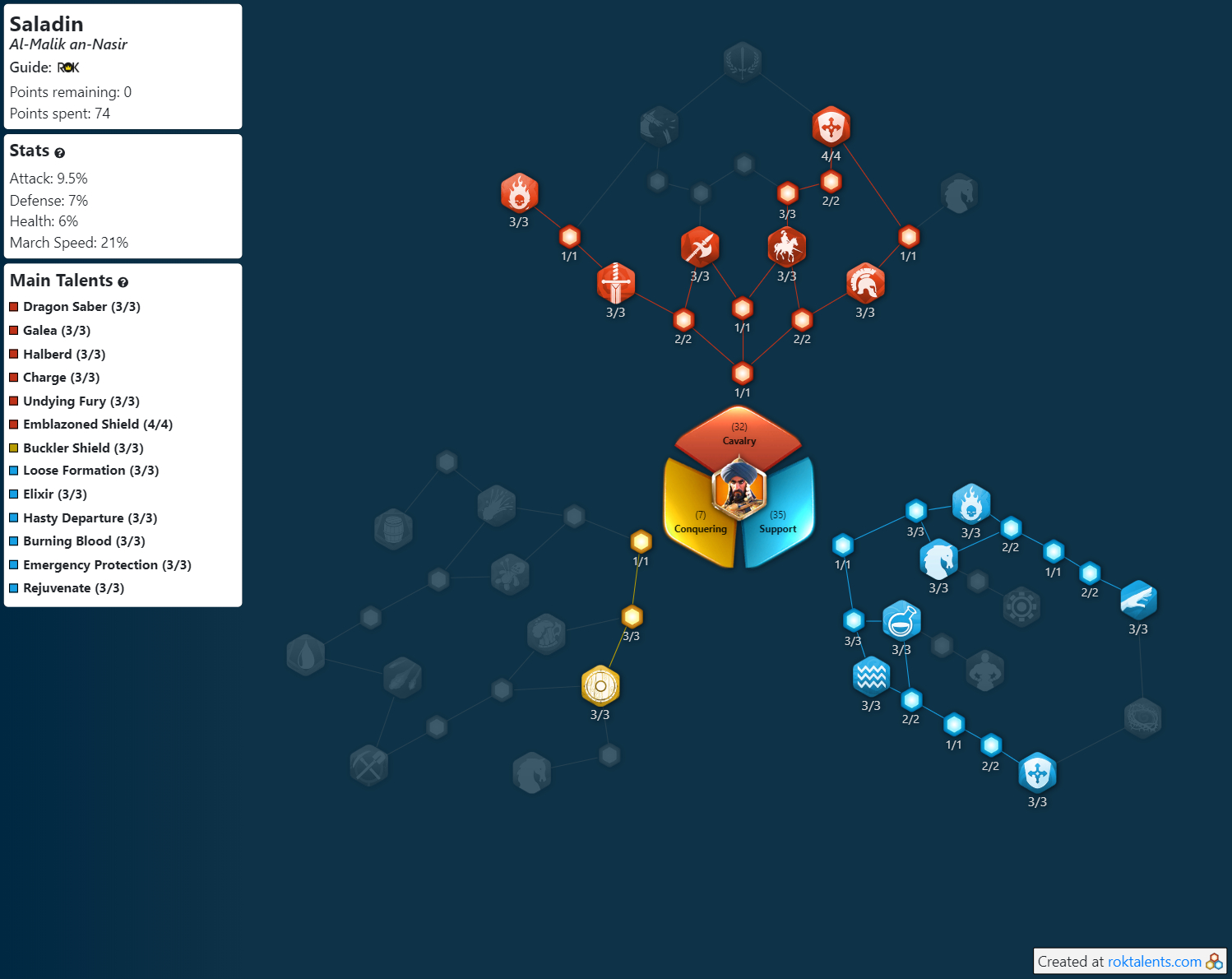 This talent build version gives slightly more defense and less attack than the previous one.

Cao Cao: If you want a couple that has high mobility, can quickly move from one point to another, and can deal a decent amount of damage, then Cao Cao is the one you want.

Saladin should be the primary Commander.

Genghis Khan: Khan is a Commander that has extremely high damage output and fast rage restoration. Together Saladin and Khan are remarkable nukers.

Khan should be the primary Commander.