Below is the list of all working redemption codes in Rise of Kingdoms right now. Make sure to use them as fast as you can before all of the gift codes get expired. 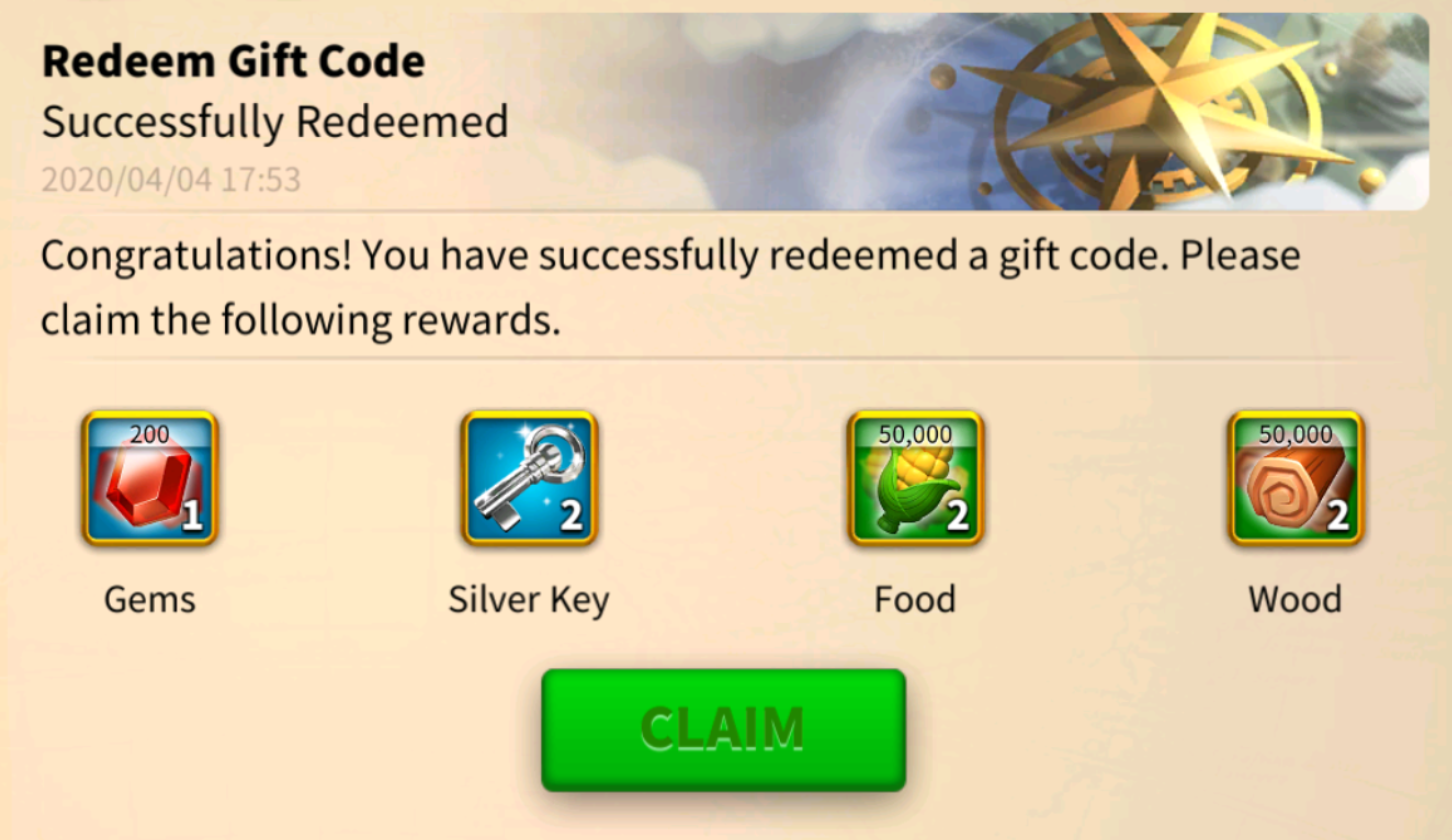 Rise of Kingdoms, which was previously known as the Rise of Civilizations, is a game that you can play on your personal computers, Android and IOS devices.

In this game, you get to create a kingdom from an abandoned barren land to an empire of extreme glory and great success. Whether you will be a leader or a ruler, will you lead to wars and conquer, or will you lead to peaceful conquests; only time will have the answer to that.

As the governor, you will be responsible for all the might that your city’s military has to offer, for the expansion of your empire and as you rise for the new technologies that the game has in its chests for you.

Redemption Codes offers 11 civilizations and 34 war heroes. Who will win? With so much to win and nothing to lose, you need to pick a road that you believe will lead you to your true glory.

Choose one civilization amongst so many, earning men and women to stand beside you and fight along with you, choose resources to give rise to a kingdom, fight wars, win conquests, conquer the world or reside behind peace and love. The decision is yours!

The game starts on a mild basis introducing you to the game and assisting you by giving a tutorial of the game. You are given the choice of one of 11 civilizations where you are walked through to build your first farm, pick your first hero and select some barbarians. After which you start on an adventurous journey of unending prestige and honor.

So buckle up your seat belts because this journey of acclamations and splendor is a roller coaster ride of its own!

How to use Rise of Kingdoms Codes

A game as strategic as this needs an understanding of all the mechanics. When you are aware of all the rules and regulations, you can enact better schemes to attain the position you truly desire!

Some of these mechanics include:

In the beginning, you are building an empire of your own, and you are completely vulnerable to the attacks of the enemy. The game, therefore, gives you 8 hours in which you have the chance to create alliances, pick heroes, form a military, create your kingdom and build a strong defense. The stronger your defense, the harder will it be for another kingdom to pin you down.

For an Android user as a beginner, you can enjoy the game to the fullest as this game an in-depth story that is in your hand to create. For a beginner, you will have new strategies and will be able to hold your front stronger than ever and win the battles against you! The thrill will be amazing for you to enjoy!

A feature of the game allows an expansive alliance system because of which you get resources, health, and medical aid, military aid, research assistance, and can even send your troops for a share of the rewards. And all this allows you never to get bored of the game!

How can the game improve?

Certain things that can be improved in the game are:

While the shortcomings can be ignored, the features of this game are all too overwhelming and provide an ultimate gaming experience to all the players. The game is completely worthwhile!