Here are the best 5 Peacekeeping Commanders in Rise of Kingdoms that you want to consider maxing out first. 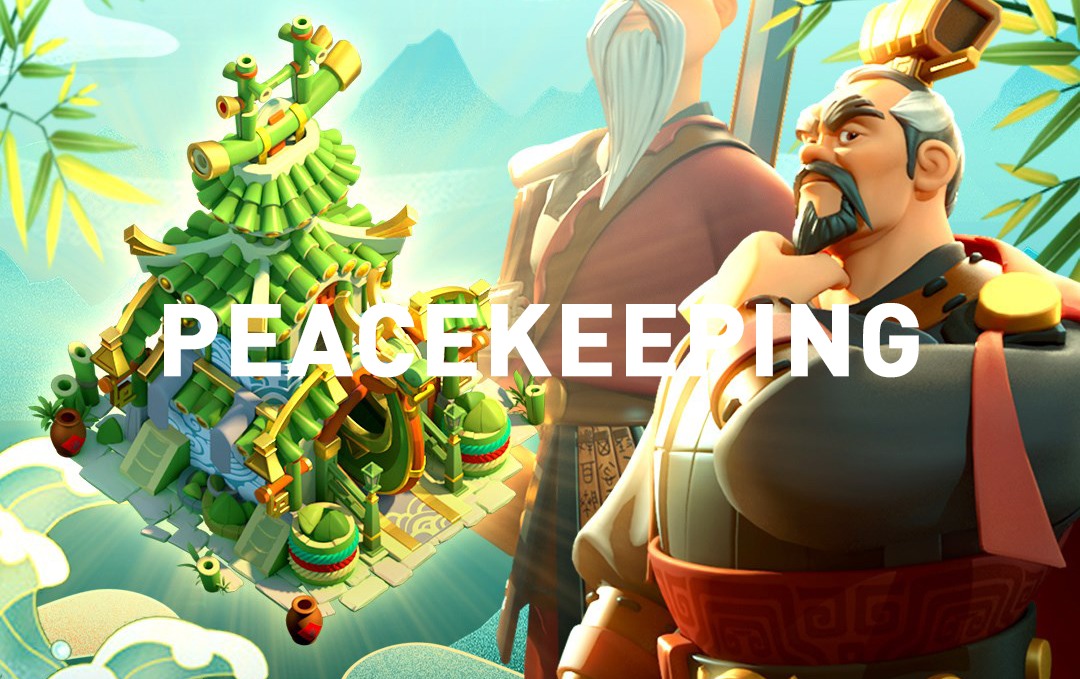 There are many ways for Commanders to earn experience in Rise of Kingdoms. However, the most efficient and easiest way is to kill barbarians. You can farm barbarians faster and further accelerate the leveling process by using Peacekeeping Commanders. They all have the ability to deal bonus damage and gain extra experience against barbarians.

The following guide will introduce you top 5 best barbarian Commanders that you should use in Rise of Kingdoms.

He is one of the best legendary Peacekeeping Commander in the game. With his powerful skillset, he can easily take down any kind of barbarian.

(Optional) You can easily own him by spending only 0.99$ which can be very useful for you in the early stage of the game.

He has an active skill that deals tons of single damage, not to mention one of his passive skills can further improve it by adding 25% more chance to deal additional damage.

He is a Commander who specializes in the cavalry, which means that every cavalry units under his command will receive bonus attack and march speed thanks to his 2nd passive skill.

His troops’ normal attacks have a small chance to increase the damage taken by the target which makes him a perfect Commander to pair with any heavy damage dealers such as Aethelflaed or Lohar.

Although he is a great offensive Commander, he doesn’t have any defensive skills like healing or increasing troops’ defense.

He is another amazing legendary Peacekeeping Commander. He also is one of the fastest Commanders in the game, which is very useful for barbarians’ farming trick.

He has a powerful active skill that can deal a massive amount of damage to a single target, not to mention the attack and march speed reduction debuffs that come with it.

Since he specializes in the cavalry, all of his cavalry units receive 10% extra march speed and 30% attack damage, which makes the killing barbarian are easier and faster. Besides, his 4th ability gives them 25% more attack, but it reduces their defense by 10%, which is somewhat acceptable thanks to his healing and debuffs.

Unlike Minamoto, whose skills mostly focus on offense, Cao Cao has the ability to heal his slightly wounded troops while fighting. It will significantly reduce the troop loss which increases Cao Cao’s survivability on the battlefield. That ability also provides rage restoration, which lets him maintain his active skill uptime.

She is the best free Legendary Commander since you can purchase her sculptures in the Expedition Store. Undoubtedly, she is one of the best Peacekeeping Commanders for F2P players.

Her active skill can deal 800 damage to the enemy. Although the damage is quite low compared to Cao Cao or Minamoto, it can hit multiple targets in a front-facing cone (up to 5). It also can reduce their attack, defense, and health by 30% for 2 seconds which makes it a very powerful debuff.

Her 2nd passive skill is a nice defensive skill since it reduces the counterattack damage against her troop by 20%. It can also reduce the enemy speed which is quite strong when combining with her 4th skill (She deals 20% more damage to the enemy who has been slowed).

She can command any type of unit, her army even receives 20% more damage when there are 3 different types of unit in it, which makes her a versatile Commander to play with.

The 35% more experience is extremely useful for her and her partner, which makes the leveling process much faster.

Her active skill deal 800 damage up to 5 enemies in a front-facing cone. It also reduces their health, attack, and defense by 30% in 2 seconds.

The counterattack damage against her troops is reduced by 20%. Her troops’ attacks have a small chance to slow down the cavalry unit by 50% and 30% for other units.

She deals 35% more damage to barbarians and receives 35% more experience when successfully kills a barbarian or other neutral units.

When she leads a rally attack, her army will have 10% more capacity. When there are 3 types of units in her troops, they will have 20% more damage.

She deals 20% extra damage to the targets who have been slowed.

He is definitely the best Epic Peacekeeping Commander. Getting his sculptures is very simple, all you have to do is to participate in Lohar’s trial event.

His active skill deals a decent amount of damage to a single target, but it also has a healing factor that can improve his survivability on the battlefield.

When leaving a battle, he gains an enormous amount of healing, which is extremely helpful when you need to farm barbarians, especially during events.

She is an Epic Peacekeeping Commander, although she is not good as Lohar, she still a nice Commander to have. You can only purchase her sculptures in the Ceroli Crisis shop.

Her active skill deals a serious amount of damage to multiple enemies in a forward-facing fan-shaped area (up to 3).

Since she specializes in archery, all archer units under her leadership receive 10% more attack and defense.

Her troops’ normal attacks have a small chance to increase the skill damage taken toward the enemy, which makes her active skill even more threatening to the barbarians on the battlefield, especially when she goes with a strong nuker like Minamoto or Cao Cao.

All of the enemies that get hit by her active skill will take 200 additional damage for seconds, which is quite nice since it increases the overall damage.

Boudica is a very good Commander that worth mentioning since she is very easy to get. And you can use her instead of Keira if you are new to the game.

Her active skill deal quite a decent amount of damage to a single target (Damage Factor 1,000). It also reduces the target’s attack by 25% for 2 seconds and 100 rage, which is quite amazing since it can delay the enemy’s active skill’s usage and can lessen the enemy fighting capabilities.