In this following guide, we will give you some overview of Osman I’s skills, talent tree, and strategy in Rise of Kingdoms. Hopefully, this guide will help new players how to use Osman I and how to maximize his strength in the game.

Osman I is the starting Commander who comes from Ottoman’s nation. He is seen as one of the best epic nukers in the early game thanks to his abilities. Just like Scipio Africanus or Julius Caesar, he is capable of commanding a large army into the battle, which lets him deal a considerable amount of damage to the enemy. He also can control any units, whether it is the infantry, archery, cavalry, or even 3 of them.

To summon Osman I, you will need 10 of his sculptures, which can obtain throughout events, the VIP shop, golden chests.

The Empire Awakens is an active skill that you should max it first. At max level, it deals 850 damage to the enemy, which is a huge amount of damage. Therefore, it is important to use a talent build that helps Osman I regen rage fast, which lets him use this active skill more often.

Radiance of Bursa is a decent passive skill since it requires Osman I to attack a city for 30 seconds to trigger the bonus attack. This effect lasts 120 seconds. You will need to increase the troops’ health and defense in order to utilize this passive skill.

Sword of Osman is an excellent skill that adds 400 more damage to the enemy after Osman I uses his active skill in the next turn. As mentioned above, a talent build that allows Osman to restore rage fast is needed to use this passive skill effectively.

The 10% more troop capacity is a huge deal for Osman I. His troops’ overall damage in the battle will be increased as well as the survival of his troops.

Rising Empire increases Osman I’s active skill damage from 850 to 1,100. With the help of the 3rd skill, Sword of Osman, Osman I can deal a deadly 1,500 damage to the enemy.

Recommended Talent Builds for Osman I

In this talent build, you should use a mixed army that contains 3 different types of units to receive the full bonus health and attack from the talent tree. 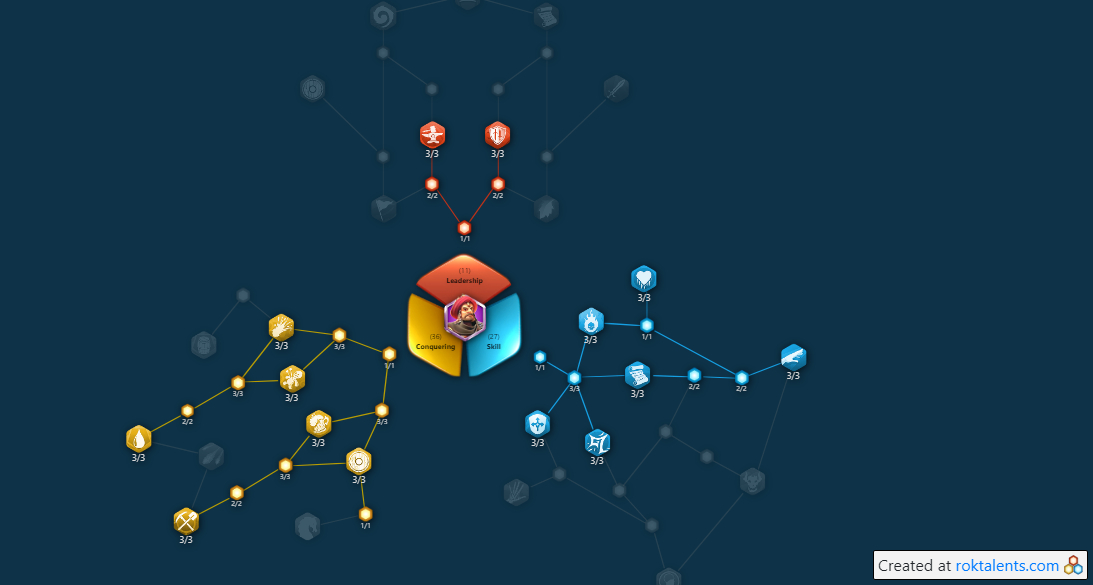 Pairing Commanders for Osman I

Julius Caesar: Caesar is well-known for his powerful buffs toward his troops as well as the debuff that reduce the enemy’s fighting capability in the combat. He also comes with the ability that allows him to bring 15% more troops. Together both Caesar and Osman I form a great pair that can quickly strike the enemy with tons of damage and effectively zero them.

Sun Tzu: He is another excellent epic Commander that capable of dealing with multiple enemies at the same time. He can also boost Osman I’s active skill damage by 20%.