Minamoto no Yoshitsune is a legendary Commander who comes from Japan’s nation. Unlike Kusunoki Masashige, who also comes from the same country and specializes in the infantry, he is very good at commanding cavalry units. His abilities allow him to do very well in both PvP and PvE.

Kyohachiryu is a powerful active skill. At max level, it can deal 1400 to the target. It also has a 50% chance to deal 600 more damage to the target each second for total 2 seconds. If you are lucky, you can deal 2600 damage to the damage, which is a tremendous amount of damage that can easily dish out the enemy.

Master of Kendo is a very nice passive for PvE. It increases his overall damage toward barbarians by 50%.

If Warlord is triggered, he and his partner and pair can deal 30% more damage to the target. Besides, other allies Commander are also can benefit a lot from this effect since the target’s damage taken is increased, which makes this passive skill is very effective in the battle. Although it only has a small chance to proc, it worths upgrading. 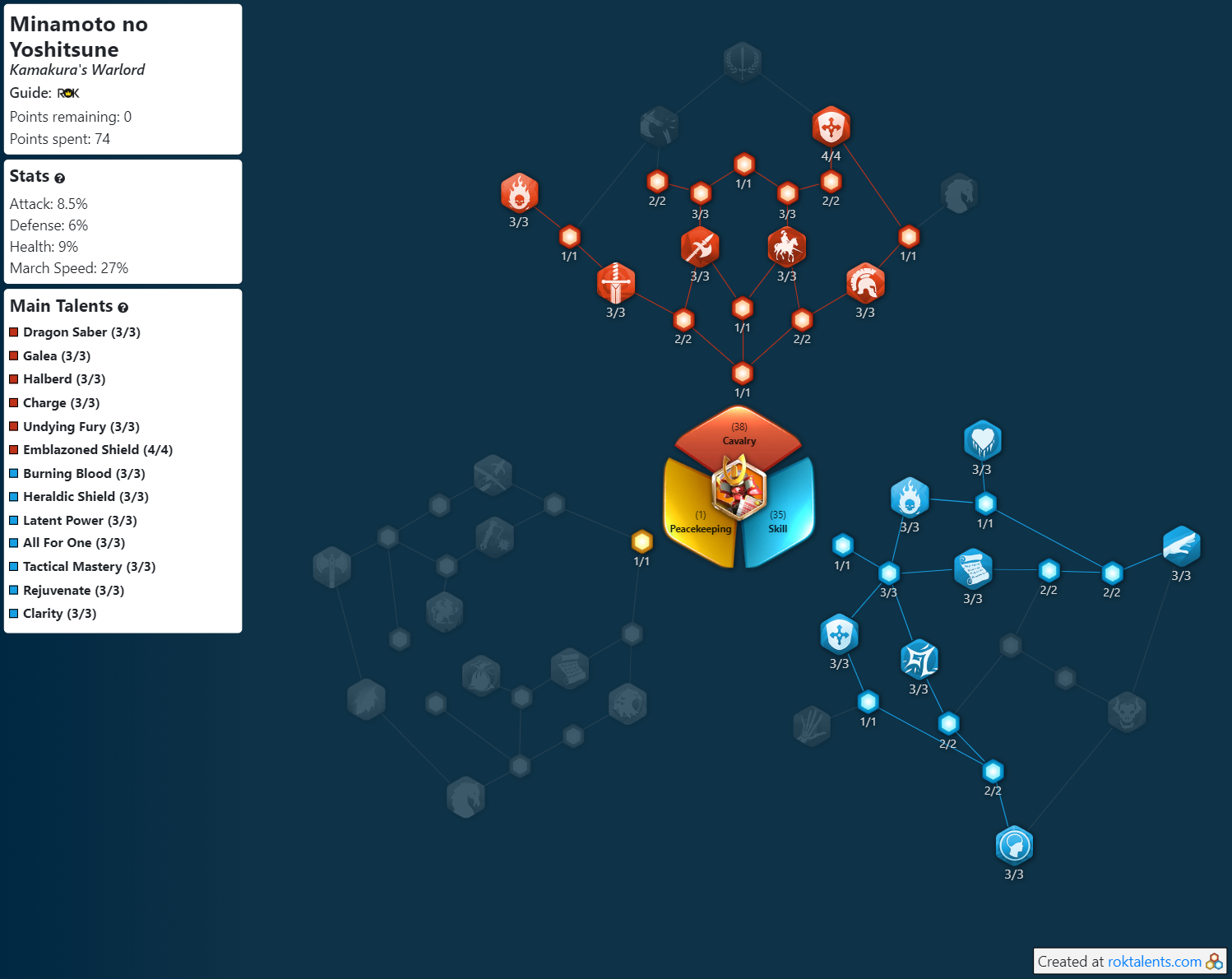 This talent build will maximize his damage in the battle as well as improve his cavalry health, march speed, and attack. 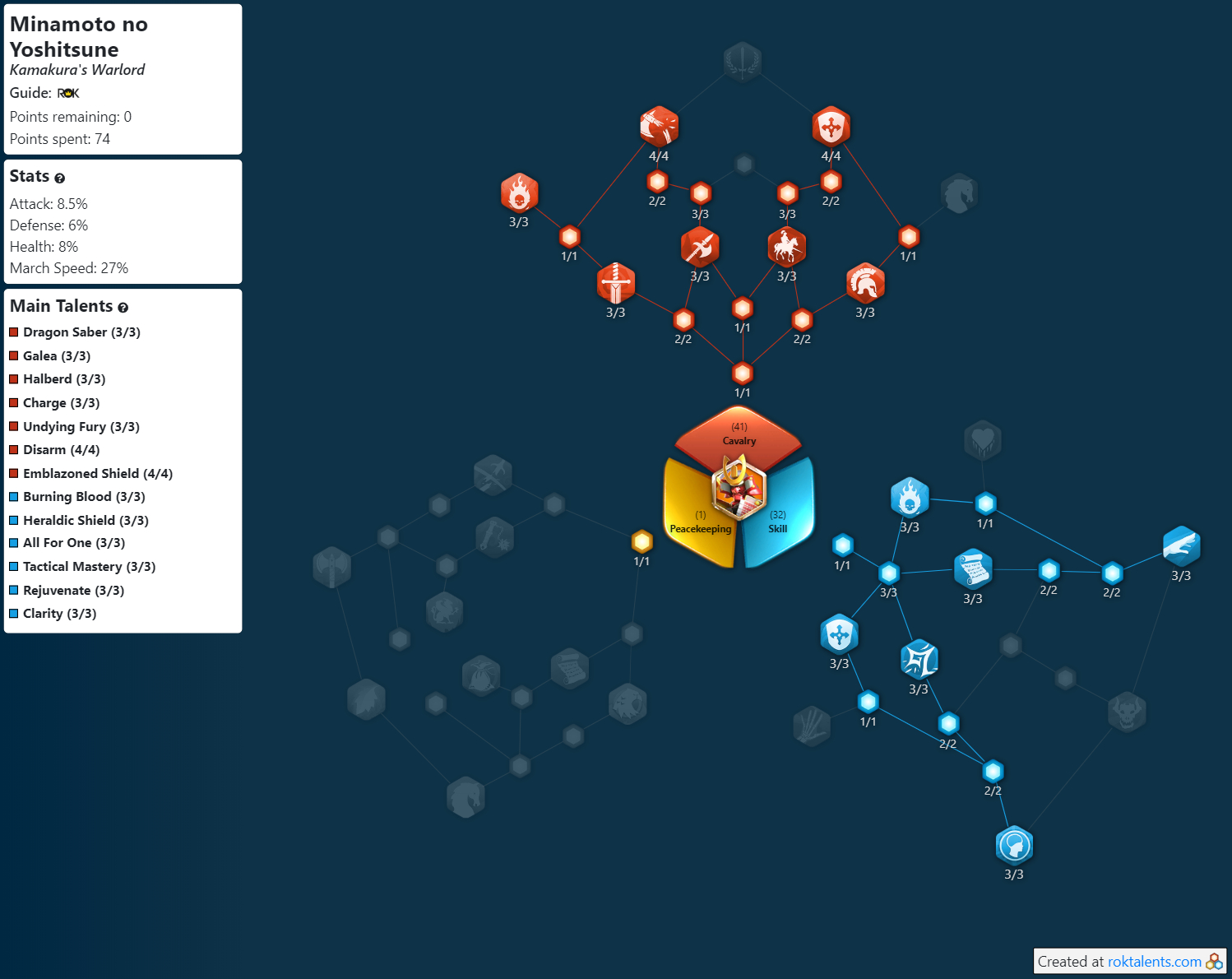 This is a slightly different PvP talent build. Instead of taking Latent Power, which increases the skill damage, we invest in the Disarm node to improve his defense since this node has a chance to decrease the enemy’s target by 20%. 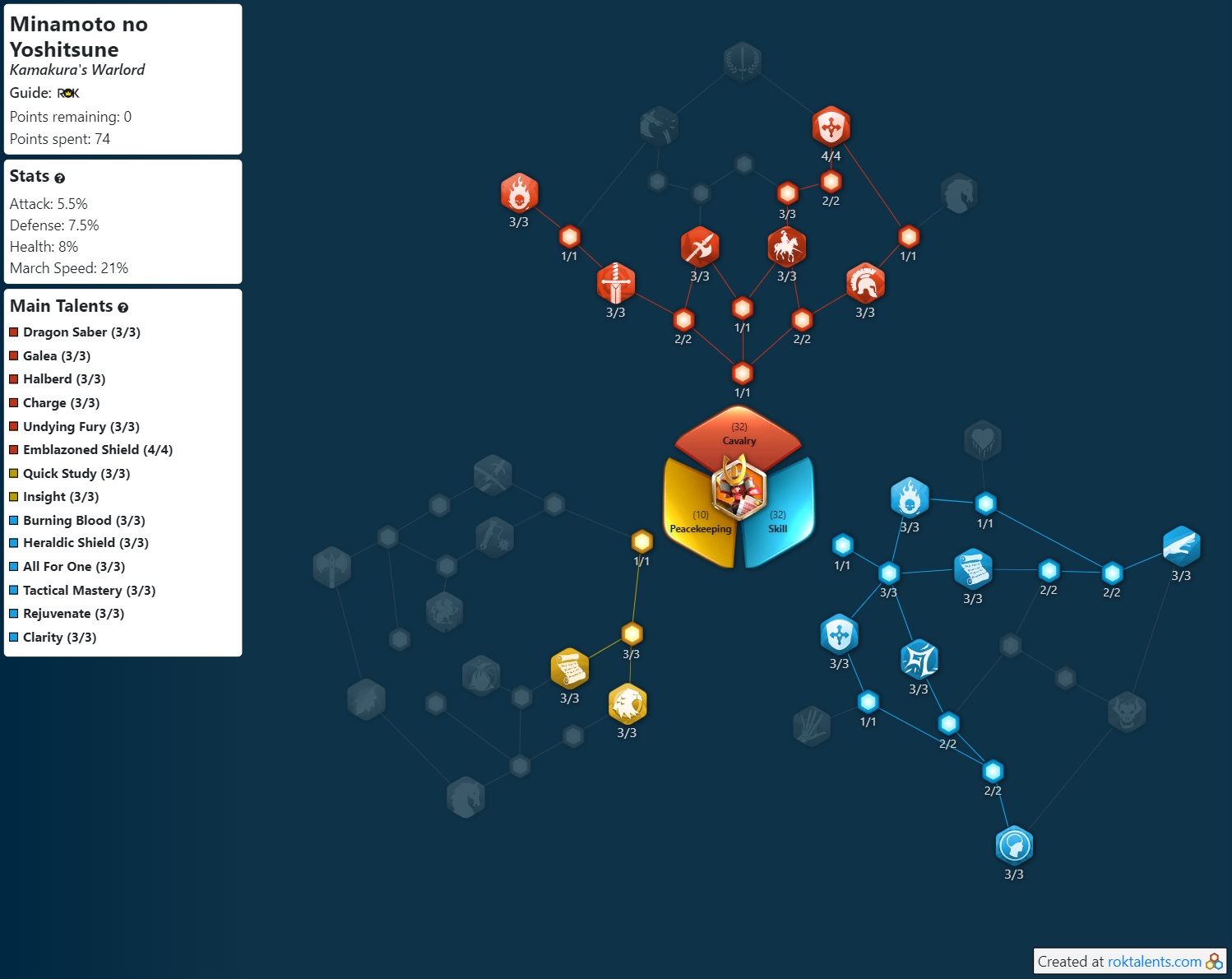 Pairing Commanders for Minamoto no Yoshitsune

Genghis Khan: He is one of the strongest nukers in the game. He also specializes in the cavalry. Khan can benefit a lot from Minamoto no Yoshitsune 4th and 2nd It is a reliable damage dealer pair.

Genghis Khan should be the primary Commander.

Cao Cao: Cao Cao has very high mobility, together Minamoto no Yoshitsune and Cao Cao can easily hunt the enemy’s gatherer in the killing event or to quickly move to the battle to support the allies to take down the enemy in a short time. They also can farm barbarians well with their skills.

Cao Cao should be the primary Commander.

You can use Pelagius if you haven’t owned Cao Cao yet.