Contents hide
1 Joan of Arc
2 Joan of Arc’s Skills
3 How should I use Joan?
3.1 For Farming
3.2 For Combats
4 Best Commanders to Pair with Joan
5 Joan of Arc Talent Tree

In Rise of Kingdoms, Joan of Arc is super versatile and also is considered as the best support epic commander in Rise of Kingdoms. Due to her AoE buff to multiple kinds of troops, in big wars, she is always one of the most essential parts.

However, due to her flexibility, she is always the first target the enemies want to take down first. How to make Joan of Arc be strong while still being versatile is the question all Joan users keep asking. 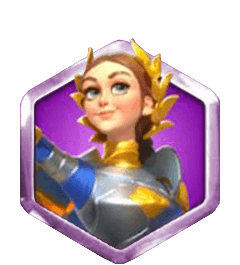 France | The Maid of Orleans

The first skill is Joan’s signature skill due to its awesome AoE effect. This is a must-have skill in any huge war. You always want to have Joan in the war due to this skill. But, do note that this skill doesn’t stack. Meaning having 2 Joan of Arc in a small area is a waste. However, the duration could expand.

The 4th skill also increases the damage of counter-attack.

Descent of the Goddess: This is why you should max Joan out as soon as possible.

How should I use Joan?

If you use Joan for farming mainly, get her to 2⭐️and max out her 2nd skill after upgrading her further. During the early game, you can max out her 1st skill as well because he is pretty helpful in small fights.

In case you use her for Combat, keep her at 1⭐️first to max out her first skill.

Then, get her to 4⭐️and max out her other skills.

If you just want to use Joan as the secondary commander, keeping her at 4⭐️is enough.

Best Commanders to Pair with Joan

If you use Joan of Arc for farming only, just max out her gathering talent path.

For the other uses, the talent tree below should be the best for her. You can use this talent tree for any combat on the battlefield or any rally. 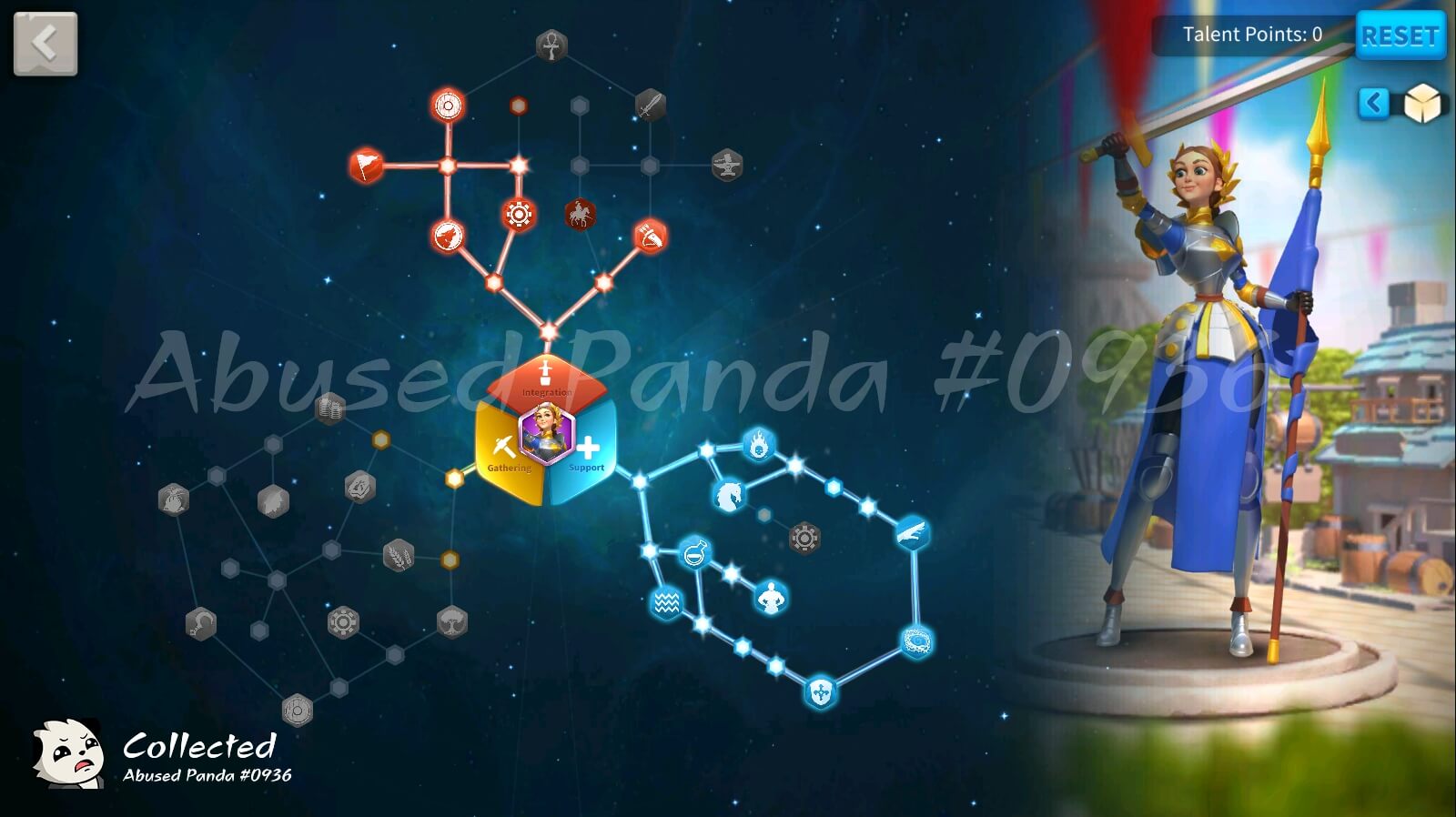