Infantry troop is the most tanky unit in Rise of Kingdom, but their march speed is much slower than archer and cavalry units.

They are a perfect choice for players who want to have a balance between offense and defense.

In this following guide, we will introduce to you some of the best infantry Commanders in Rise of Kingdoms. They are all Commanders who can dish out a huge amount of damage and can stand against the enemy in rough battles at the same time. 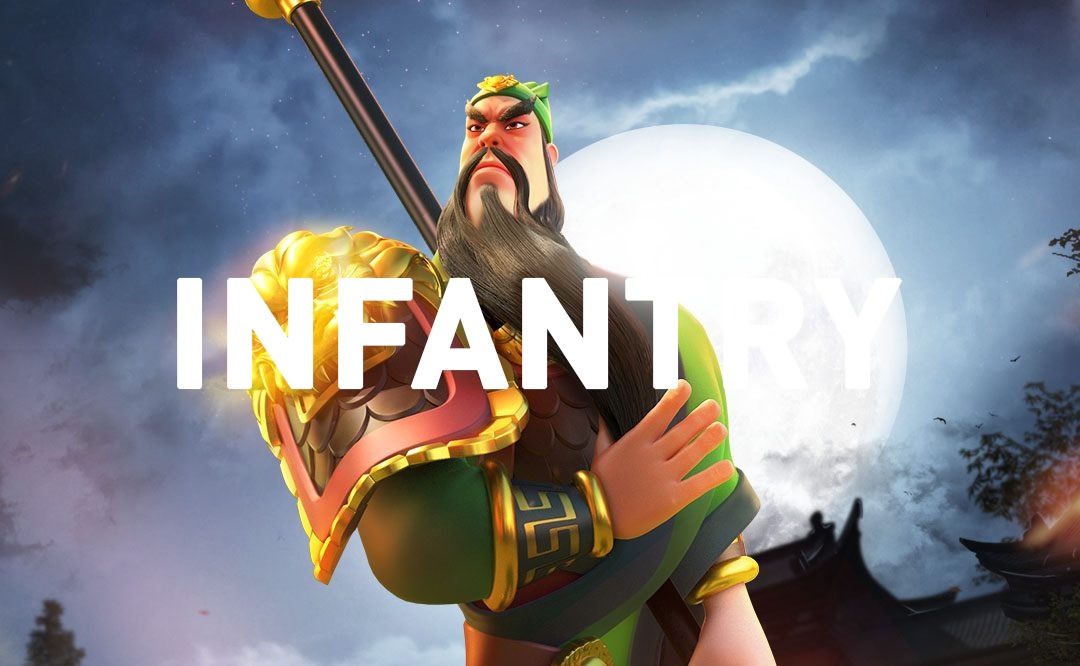 He is definitely the best infantry Commander in the game in terms of offense. Since he has many powerful skills, he can easily dominate the enemy in any type of PvP, both Conquering, and Open Field. He will available when the kingdom reaches 310 days old and the only way to obtain his sculptures is to participate in the Wheel of Fortune event.

He has a very mighty active skill that deals tons of damage to multiple enemies on a large scale. It also gives him a chance to cause additional damage and silence the targets, which make him one of the deadliest Commander in the battle.

Every infantry units under his leadership receive a bonus attack and march speed, both of them are very important stats. Additionally, he has the healing ability after leaving a battle which can significantly minimize the troop loss.

His 4th ability gives him an extra 15% more damage whenever he gains a shield so it is best is to pair him with Alexander the Great or Charles Martel.

His abilities give him lots of resistance, defensive, and endurance capacity which is very suitable for long fights. Not only that, but it also gives him and his troops a large amount of attack.

His active skill can generate a shield to himself and his allies that can absorb a certain amount of damage.

Although he doesn’t have a healing ability, his shield is way enough for him to survive on the battlefield.

Zenobia is one of the best infantry Commander. Although she doesn’t have hefty damage like Guan Yu or a mighty shield like Alexander the Great, she comes with the extraordinary healing that not many Commanders can compare with. Just like Alexander the Great and Guan Yu, she only available when the kingdom reaches 310 days old. You can obtain her sculpture by joining the Mightiest Governor.

Besides healing, she can increase her troops and her ally’s health pool by 50% which can help them improve their survivability on the battlefield.

She is also a solid Commander that can defend your city against any kind of invaders.

Constantine I is a great tanker that can play very well in PvP like garrison or open field. He is a strong defensive Commander who has lots of powerful resistant thanks to his high damage reduction to the enemy. His role as a defender is nearly unbeatable in any garrison that he defends. He will available when the kingdom reaches 120 days old.

Another great legendary infantry Commander that definitely worth the investment.

His active skill gives him a huge shield that can absorb a certain amount of damage, it also increases his damage by 30%.

He can reduce the enemy’s counterattack damage, which is quite huge when multiple enemies want to attack you.

Among all other infantry Commanders, Charles Martel has the largest buff to infantry included health, defense, and march speed.

He can play any kind of role. He can perform any tasks perfectly due to the effectiveness he has in any situation that we assign him.