In this following guide, we will give you some overview of Hannibal Barca’s skills, talent tree, and strategy in Rise of Kingdoms. Hopefully, this guide will help new and experienced players to make the most of his strength in the game.

He is an interesting legendary Commander who is well-known for leading a mixed army. If you want to find a Commander that can lead more than 3 types of units in your army, he is definitely the best choice. He can deal an AoE debuff to multiple targets while dealing a decent amount of damage to affected enemies and he can also support his troops with buffs.

To summon Hannibal Barca, you will need 10 Hannibal Barca sculptures, which can obtain throughout events, the VIP shop, and golden chests. There is another way to obtain his sculpture to buy privilege chests, which is available for VIP 10 up to VIP 14.

This is a decent skill. Although it doesn’t deal much damage to a single target, it has a defense reduction, which will allow Hannibal’s troops to deal more damage. And the damage reduction will help his troop to survive longer in the battle.

This is a very powerful skill which gives Hannibal’s troops 10% more damage when there are 3 different kinds of units in his army. This will also cover other unit’s weakness by providing a counter against the enemy’s army.

A very strong passive skill when attacking other Governor’s garrisons. The 1000 healing factor will help Hannibal to mitigate some of the damage, and it definitely will reduce the casualties in the battle.

This is a unique skill. It encourages Hannibal to fight outside of your Alliance territory, which is good if you want to invade or take over other Alliances. And also Hannibal’s troop capacity will increase by 10%, which let him bring more troop in the fight.

This passive skill will improve Hannibal’s active skill. Not only it deals 400 damage to a single target, but it also deals 300 damage to 3 different targets in a forward direction as additional damage. The enemies will receive a debuff which reduces their defense and attack by 25% for 3 seconds. This is an incredibly good skill when it comes to fighting against multiple enemy targets. 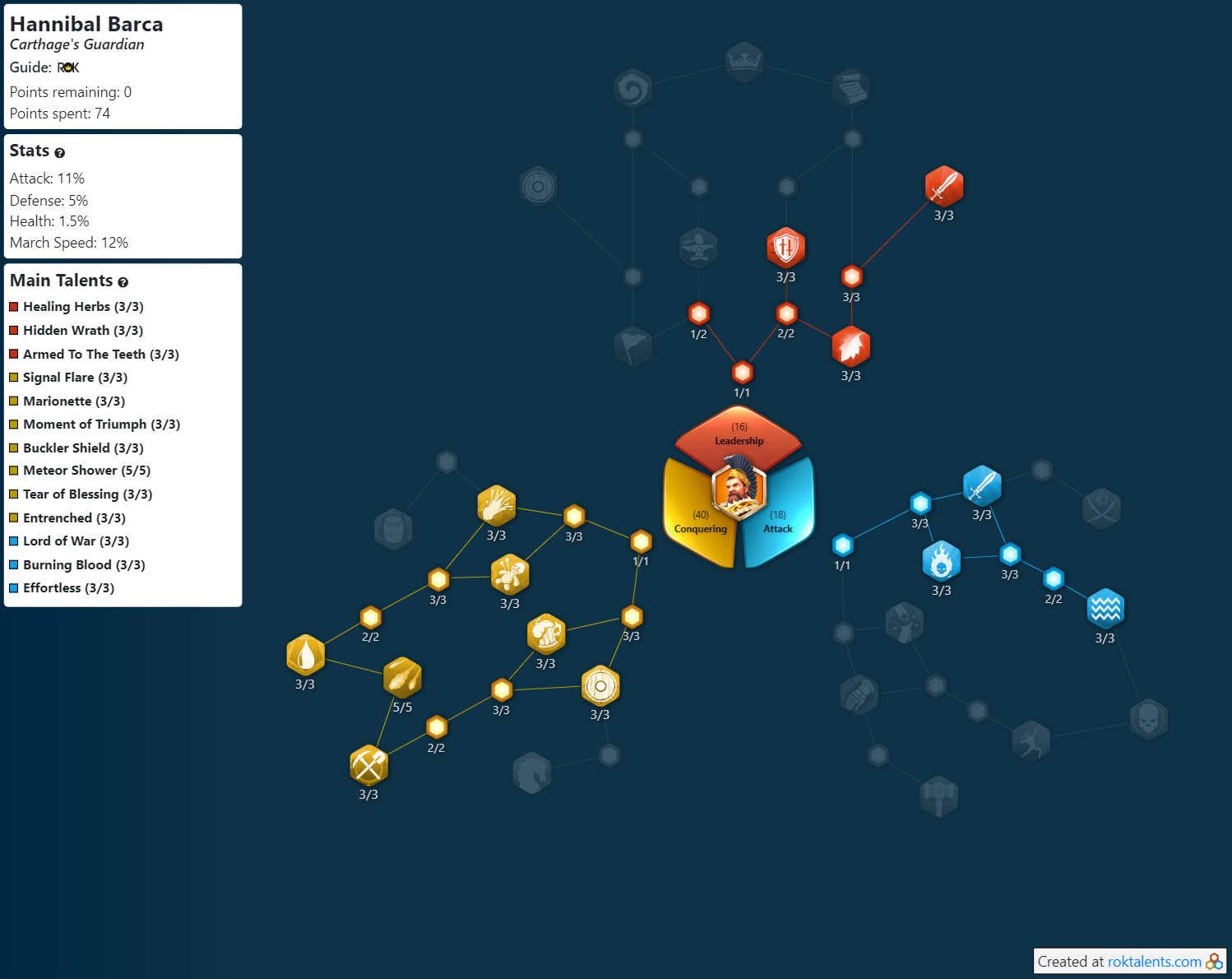 This build will improve Hannibal’s damage toward other Governor’s cities, and it also improves Hannibal’s rage recharge rate to help him maintain his active skill uptime. 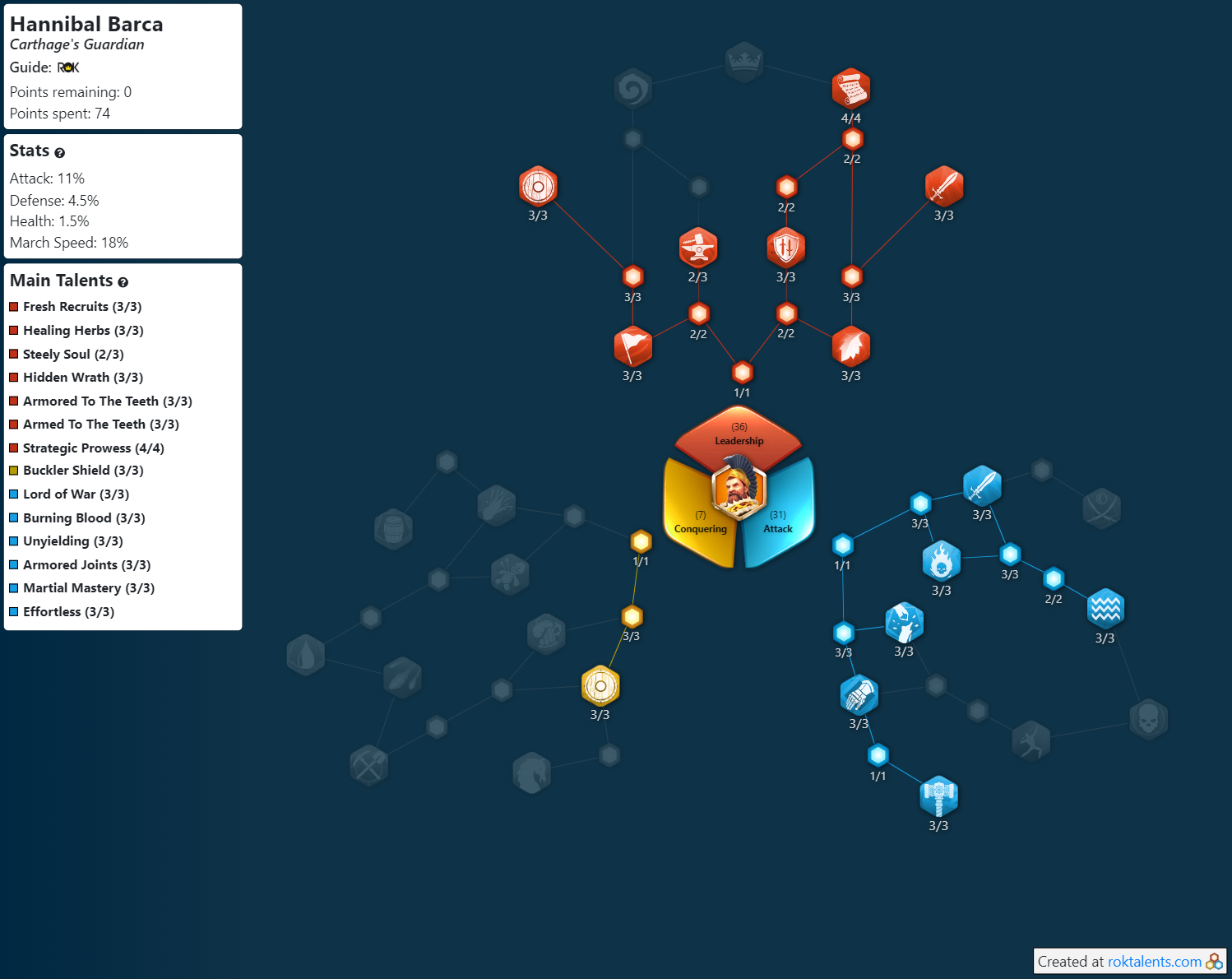 Since it is the build for PvP, we improve his defense by investing in defensive nodes like Armored to the Teeth, Strategic Prowess, and Effortless. He will also gain 3% more attack damage when leading 3 or more army types.