In this following guide, we will give you some overview of Frederick I’s skills, talent tree, and strategy in Rise of Kingdoms. Hopefully, this guide will help new players how to use Frederick I and how to maximize his strength in the game.

Frederick I is a Legendary Commander in Rise of Kingdoms who comes from Germany. He is a well-known Commander who is good at conquering the enemy’s garrisons and PvP. Since he has been released for quite sometimes, his power as a primary Commander is not as strong as Genghis Khan or Tomyris, but he can still be decent when playing as a supporter. He can be very flexible and capable of commanding a mixed army or a pure army.

To summon Frederick I, you will need 10 of his sculptures, which can obtain throughout events, the VIP shop, golden chests.

At max level, Barbarossa allows Frederick I and his troops have a high chance to deal 800 bonus damage to the target for 3 seconds. Although the duration is short, with the right talent build, he can still hit the enemy with a decent amount of damage for 3 seconds.

Never Give Up is quite a decent skill. It has the healing factor of 1,000, which is a lot but the proc chance is quite low, and it can only use once every 5 seconds.

This passive skill just simply gives Frederick I and his troops 10% more damage when attacking other governors’ cities.

This powerful passive skill lets Frederick I bring 15% more troops into the battle, which means that he can deal more damage as well as survive longer on the battlefield.

This is the enhanced version of the active skill. It increases the chance to deal extra damage from 80% to 100%.

Recommended Talent Builds for Frederick I 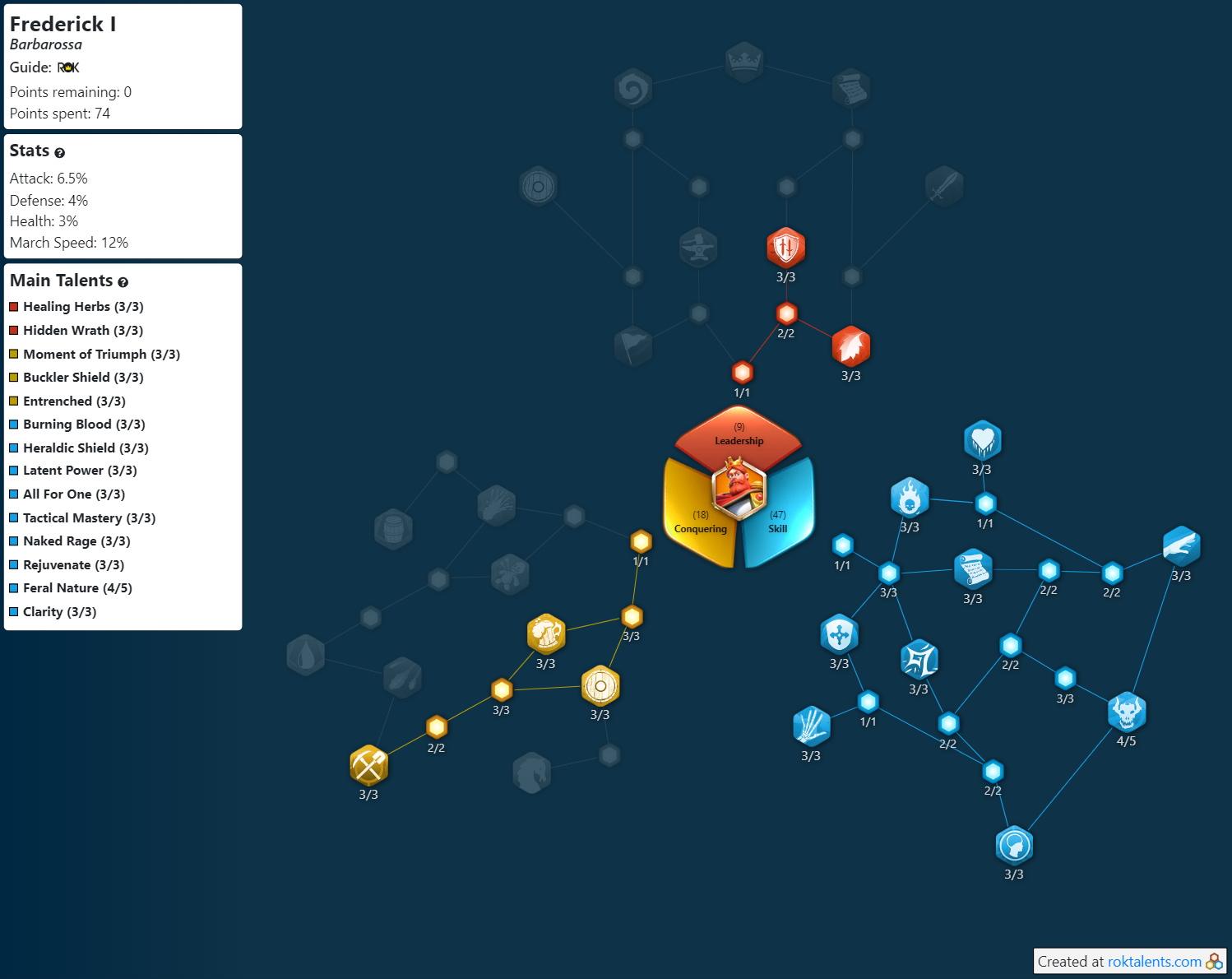 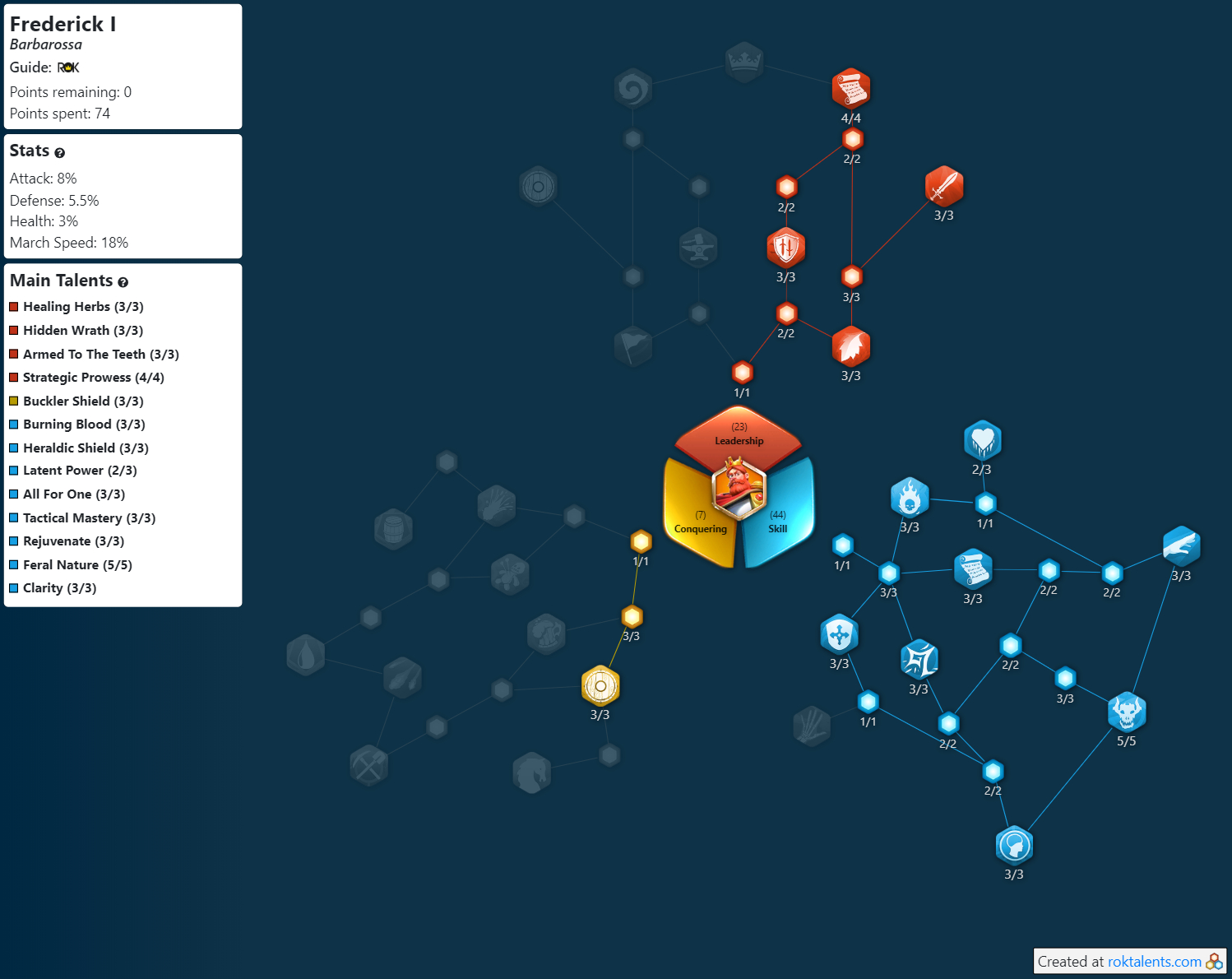 Mehmed II: If you want to play with multiple types of units in your army, Mehmed II is one of the best choices. He is a powerful nuker than can deal a huge amount of damage as well as capability to bring more troops than even increase the damage output significantly. He also deals additional damage to the enemy’s cities.

Mehmed II should be the primary Commander.

Hannibal Barca: Although Barca is not capable of striking the enemy with a large amount of damage like Mehmed II, he has a debuff that decreases the enemy’s attack and defense by 25%. If Barca brings 3 types of units, he gains 15% more damage.

Hannibal Barca should be the primary Commander.