In this following guide, we will give you some overview of El Cid’s skills, talent tree, and strategy in Rise of Kingdoms. Hopefully, this guide will help new players how to use El Cid and how to maximize his strength in the game.

El Cid is a legendary Commander from Spain who specializes in archery, unlike the epic Commander, who also comes from the same nation, Pelagius, who specializes in the cavalry. Since El Cid is one of the oldest Commander in Rise of Kingdoms, he is not as strong as most of the newer legendary Commanders. On the other hand, El Cid still has an ability to disable the enemy’s attack and active skill for 1 second. He can still be useful to a certain situation.

To summon El Cid, you will need 10 of El Cid sculptures, which can obtain throughout events, the VIP shop, golden chests.

El Cid directly deals 1,000 damage to a single target. This is certainly weak when comparing to many other legendary Commander’s active skills. But this skill can disable the enemy’s normal attack and active skill for 1 second, which somewhat makes up for the damage.

Troops that under El Cid’s leadership have a 10% chance to deal 1,000 damage to the target, which is a nice small boost to his troops’ overall damage.

If El Cid’s army contains only archer units, they will gain a 20% bonus defense and 15% more march speed.

This passive skill will be very useful when El Cid want to retreat or want to deal as much damage as he can when his troops’ strength falls below 50%.

This is a minor buff to El Cid’s archer units. This passive skill is somewhat disappointing because it doesn’t really help out much. 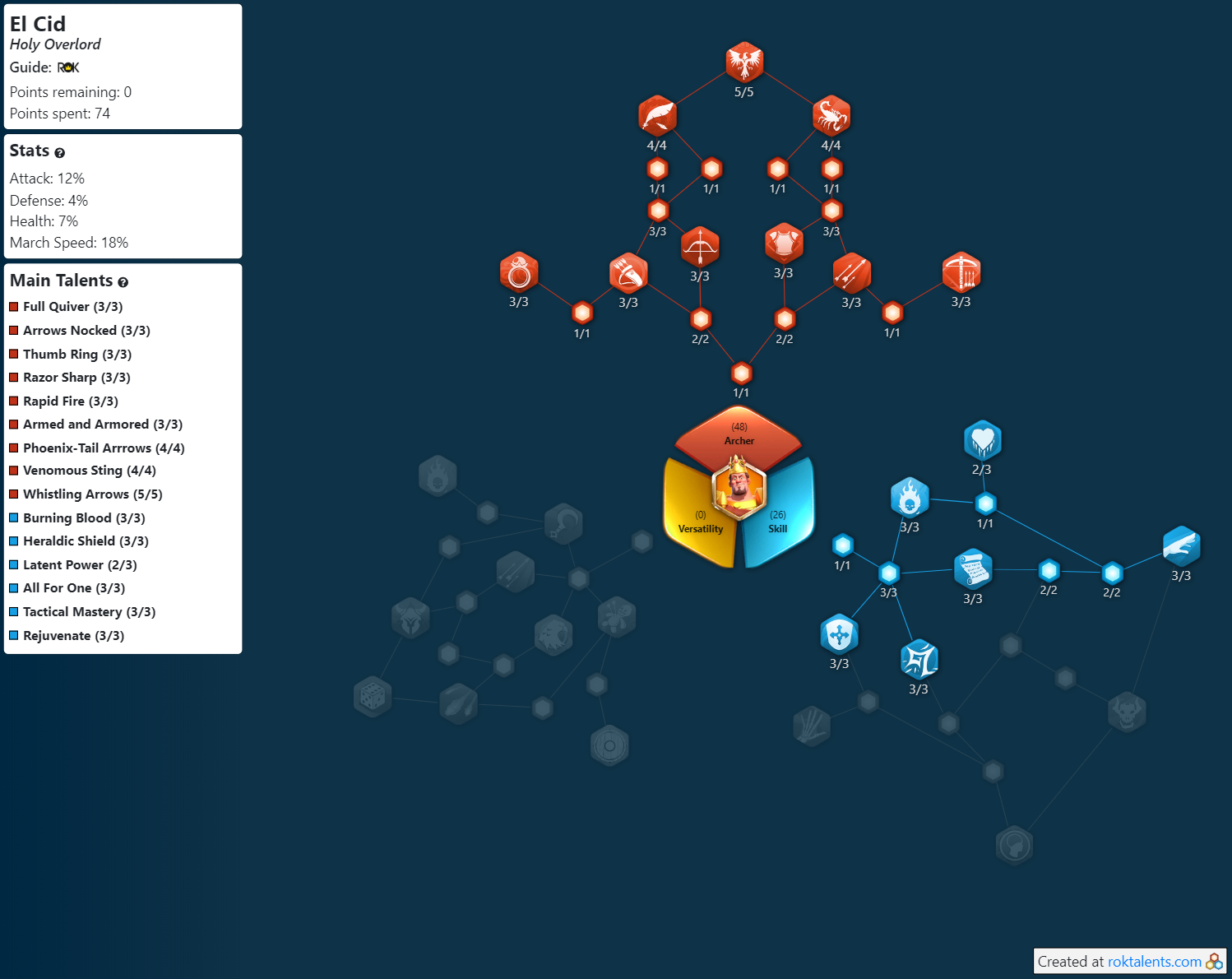 In any circumstances, El Cid should always be the secondary Commander. Hermann is considered a better option since he is an epic Commander, which is very easy to max out all of his skills. He is also can reduce the enemy’s rage and silence them for 2 seconds, which is extremely good on the battlefield. However, if you somehow max all of the El Cid skills, you can still use him.

Rameses II: Rameses II is a powerful legendary Commander since he is capable of dealing a huge amount of damage with his skills. He also has the ability to reduce the enemy defense, boosting the archer’s attack and defense. El Cid can give him some extra defense and march speed.

Hermann: You can pair with Hermann in the early game since both of them can disable the enemy. Hermann also has the chance to boost his rage, which is very useful in the battle.