In this following guide, we will give you some overview of Charles Martel’s skills, talent tree, and strategy in Rise of Kingdoms.

Hopefully, this guide will help new and experienced players make the most of his strength in the game.

Charles Martel is one of the best defensive Commanders in Rise of Kingdoms. He is from France, and he specializes in the infantry. To a certain extent, he can serve as a defense role, which similar to Alexander the Great, depending on the talent builds and the strategy that you want to use.

To summon him, you will need 10 Charles Martel sculptures, which can obtain throughout events, the VIP shop, and golden chests.

When Charles Martel activates Shield of Francia, his troop will grant a shield that can absorb up to 1,200 damage for the next 4 seconds. Also, his troop will deal 30% more damage while the shield is active—it like a double-edged sword to the enemy that tries to attack you.

The infantry units under Charles Martel’s leadership will grant 15% more health and defense, which is a decent bonus.

This ability works best against the enemy who tries to attack your city.

Charles Martel’s troop counterattack damage will be increased by 30%. It is very useful if you are under attack by multiple enemies.

This perk will definitely let Charles Martel’s infantry unit last longer in the battle, which allows him and his troop to maximize the enemy casualties. Furthermore, 20% more march speed will help you a lot when you have to move around the battle. 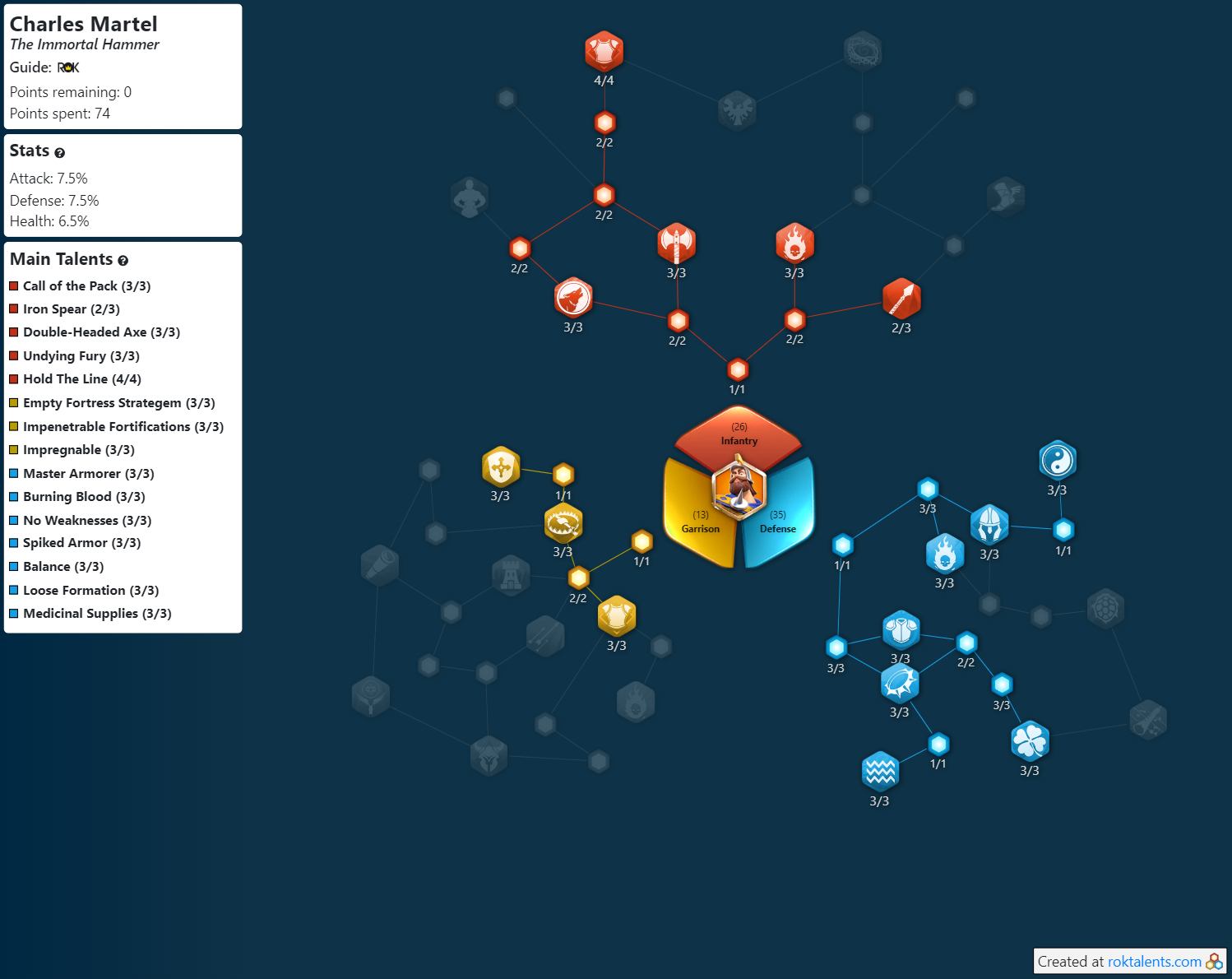 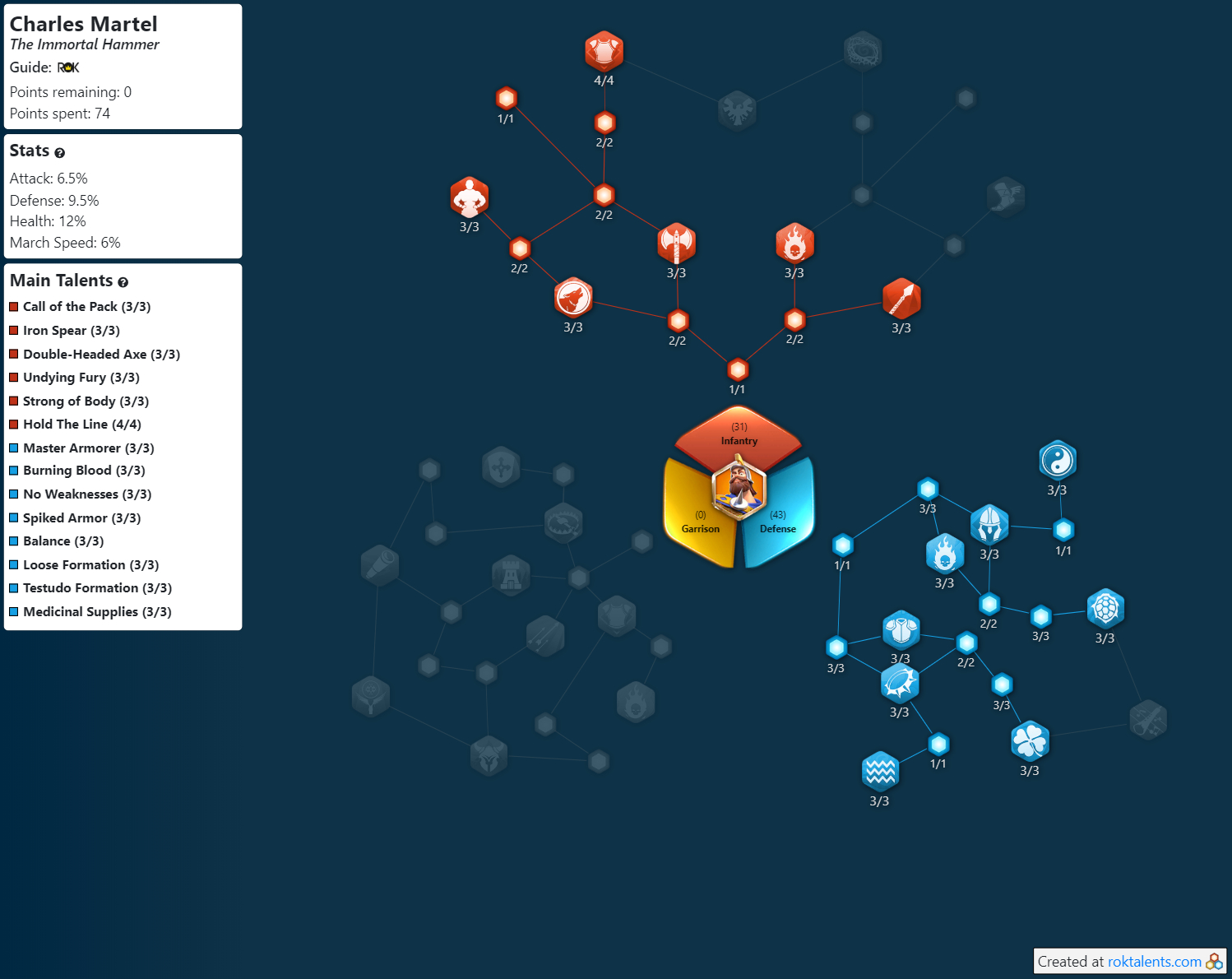 This talent build will focus on supporting in the field and also improve troop’s march speed overall. This build also gives Charles Martel the ability to generate rage faster in order to maintain his shield in the battle. When his army strength drops below 30%, he will gain 25 rage per normal attack, which helps him to lessen the time to use his active skill.

Charles Martel is one of the best defensive Commanders in Rise of Kingdoms, but due to lack of dealing damage abilities, to be a secondary Commander suit him the most. He can be very strong in the battle when pairing with a powerful nuker or a debuffer. But if you want him to serve as a garrison Commander, he should be the primary Commander because of his set of defensive skills.