In this following guide, we will give you some overview of Chandragupta’s skills, talent tree, and strategy in Rise of Kingdoms. Hopefully, this guide will help new players how to use him and how to maximize his strength in the game.

Chandragupta is a legendary Commander who comes from India. He is considered one of the best crowd control and conquering Commanders in the game. Since he specializes in calvary, most of his abilities focus on increasing his calvary’s stat as well as striking the enemy with a massive amount of damage through his passive skill. Therefore, he can be a very aggressive Commander when comparing with other calvary Commanders such as Khan or Takeda.

To summon Chandragupta, you will need 10 of his sculptures, which can obtain throughout events, the VIP shop, golden chests.

Hidden Moon is an excellent active skill. At max level, the attack of Chandragupta’s cavalry will be increased by 40% up to a total 120% increased damage, which is an insane amount of bonus attack. This active skill certainly makes the cavalry units under the control of Chandragupta a powerful and fearful force on the battlefield.

The Royal Elephant Brigade is a passive skill that gives 30% damage reduction toward the enemy’s stronghold such as Garrison, Fortresses and Keeps. It will undoubtedly make his troops survive longer in the battle.

At a maximum of 5 Exhaust stacks, Chandragupta cavalry’s units gain 60% more health. Their attacks also reduce the enemy’s defense and health by 15%, which is a very strong debuff that can cripple the enemy.

It is another powerful passive skill that gives Chandragupta’s cavalry 5% bonus damage reduction. After using Hidden Moon active skill, his troops manage to move faster by 25% for 3 seconds. Furthermore, he will unleash all of his Blessed gained and deal 1,500 damage to the enemy. 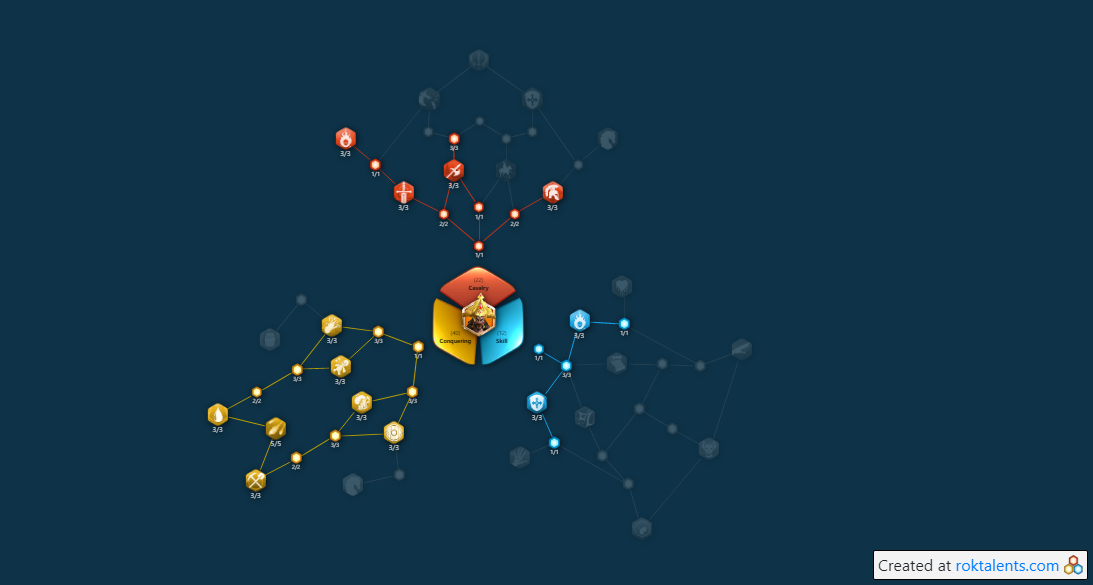 Chandragupta is a mighty conqueror, so this conquering talent build will suit him the most. It focuses on increasing overall attack and defense against the enemy’s stronghold. It also helps him regenerate rage fast to maintain his active skill uptime. 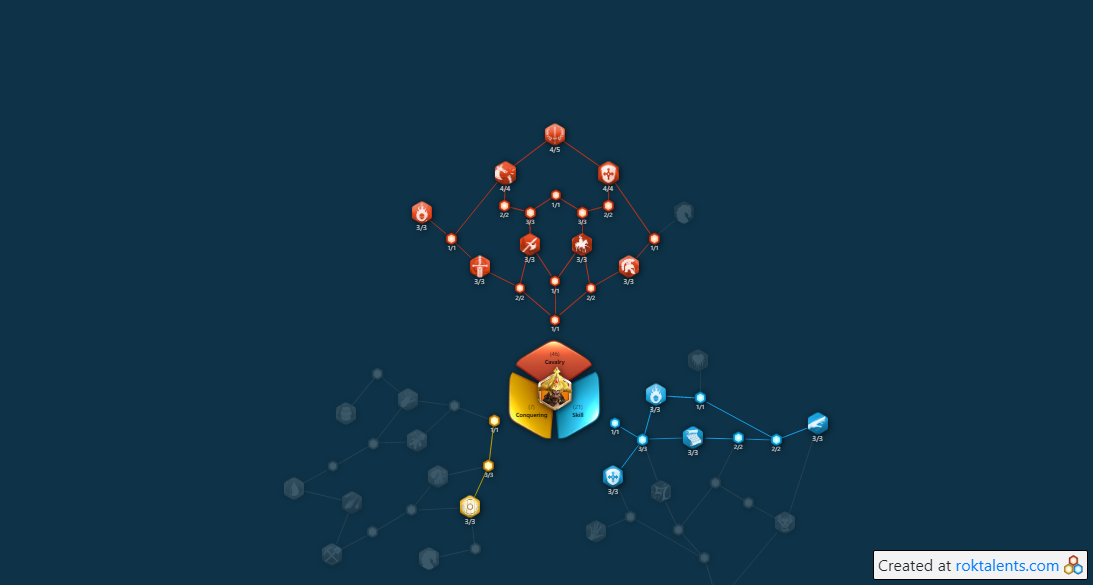 All of Chandragupta’s skills also work perfectly in PvP mode, so this open field talent tree will improve her troops’ stats on the battlefield as well as increase the rage restoration.

Takeda Shingen: Takeda can further increase the overall damage with the debuff from his active skill. He also provides more defensive stats such as expanding the cavalry’s defense, healing and reducing the enemy’s fighting stats.

Chandragupta should be the primary Commander.

Genghis Khan: Khan can provide what Chandragupta is lack of, which are damage, rage regeneration and cavalry’s attack improvement.

Khan should be the primary Commander.

Attila is also a suitable replacement if you don’t use Khan.

Saladin: If you want to destroy a stronghold quickly, Saladin is the best option. Saladin has an active skill that can deal a large amount of damage to a single target. He also receives bonus damage when attacking an enemy’s city as well as gives bonus attack to the cavalry units.

Chandragupta should be the primary Commander.