In this following guide, we will give you some overview of Boudica’s skills, talent tree, and strategy in Rise of Kingdoms. Hopefully, this guide will help new players how to use Boudica and how to maximize her strength in the game.

Boudica is the starter Commander from Britain. She is one of the best PvP and PvE epic Commander in the game because her set of skills can accelerate the rage restoration as well as reduce the rage generation of the enemy. Because of her fast rage regeneration skill, with the right build, she will be able to maintain the active skill uptime in the battle.

To summon Boudica, you will need 10 Boudica sculptures, which can obtain throughout events, the VIP shop, golden chests.

This is a very powerful skill. Although it only a decent amount of damage, it can reduce the target’s rage and attack damage, which is very effective when fighting against a nuker, especially the strong one.

This ability is great for PvE, Boudica will deal 25% more attack damage to barbarians and other neutral units. In addition, she gains 20% more experience from them, which is quite helpful during leveling phases.

This is an amazing skill, it is not only restored rage when Boudica uses her active skill, but it also heals some of Boudica’s wounded units. This will let Boudica maintain her active skill uptime and reduce the wounded troops in the battle.

Boudica’s troops will have a small chance to increase the damage dealt to the enemy. And when it does, it will deal a heavy blow to the enemy.

This ability will further improve Boudica’s active skill. While the rage and damage reduction stay the same, the added damage factor of 1000 is quite high for an Epic Commander, which makes Boudica even more deadly in the battle. 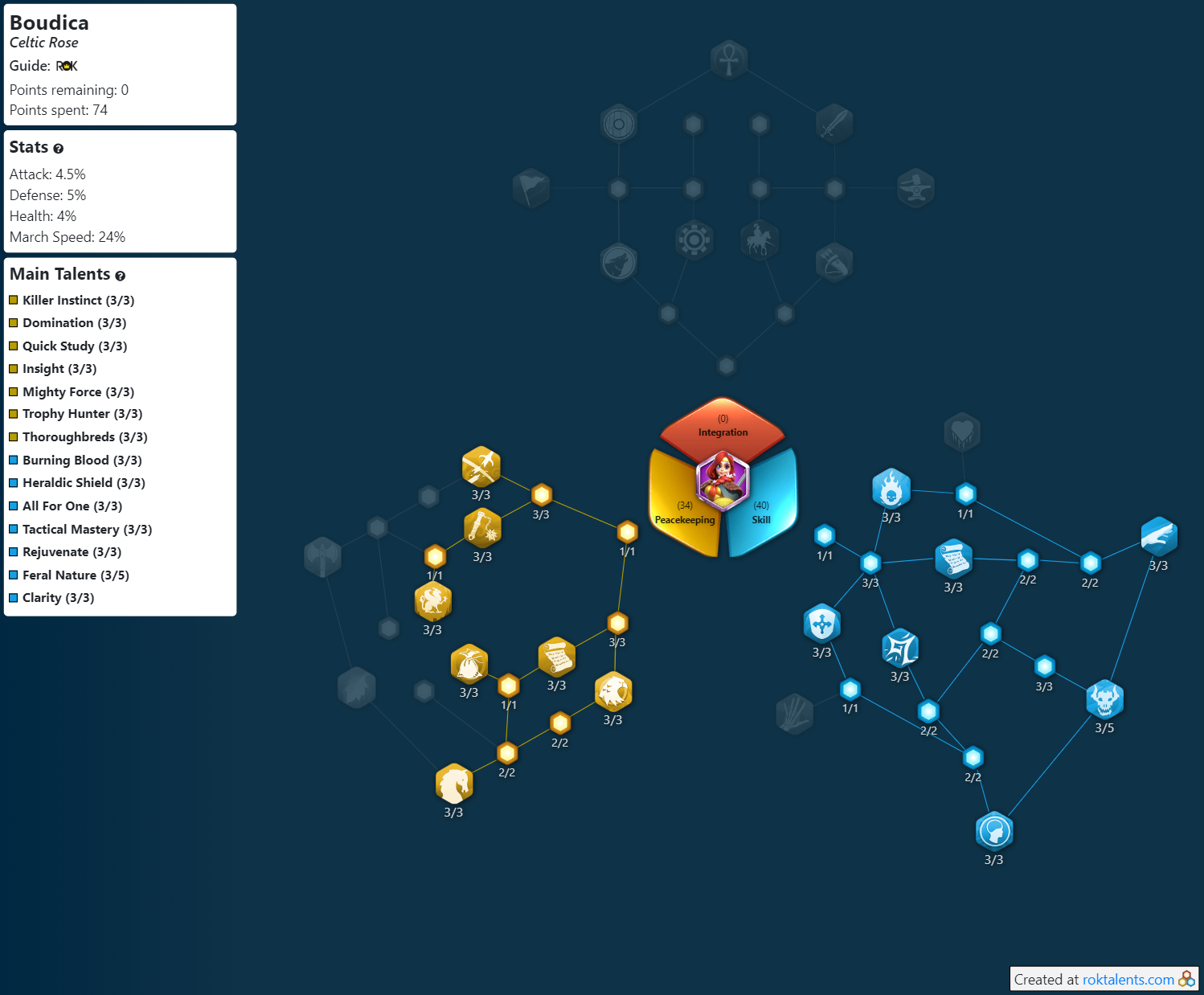 We definitely want to focus on Boudica’s main strength, which is PvE. It means that we mainly focus on Peacekeeping and skill branches. You can use this build for PvP, but if only Boudica plays as a Secondary Commander. This build is very useful when fighting against barbarians, and thanks to the Skill branch, it also has lots of rage restoration, which is very useful for PvP.

Lohar: This is definitely the best combo for PvE.